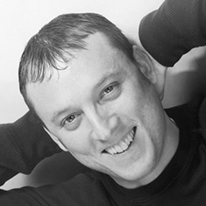 By James Markey on February 8th, 2016 in Design

The web has really grown up over the past few years. Designers and developers are more conscience than ever about how sites render on different screens, not only from a responsive aspect but a visual look as well. With the emergence of so many new devices, high pixel density screens and other new technologies we’ve been forced to rethink how we create and deploy websites. The web industry has to continually develop new ways of displaying information and communicating what the user should do on a website. Here are 3 ideas I think will emerge in 2016.

You may or may not know what a hamburger icon is. Normally it’s a fairly small icon in the upper left or right corner of a mobile device. It looks like three lines stacked on top of each other. These are widely used on mobile devices and people are used to seeing them on these devices. The issue occurs when this style navigation is used on a desktop version of a website.I don’t think the general population is ready to see this style of navigation on a desktop computer. People are use to seeing it on phones and in some cases tablets. But the use of the hamburger icon can be disastrous for an user on a desktop. However with the continuous drive for “one web” I believe this will be implemented on more and more sites with hopes to make the user experience as identical as possible across all devices.

Gif’s or jifs as you may wrongly call it 😉 have been around seemingly forever. But there’s also another image with movement. They have been around for a little while, but just recently started to become more widely used. Cinemagraphs are quickly becoming the new trend to give a website movement without the file load of video. You may have even seen a cinemagraph but thought you were watching a snippet of a video. Some sites have successfully integrated cinemagraphs, http://cinemagraphs.com/ is one. You might ask what are the benefits? Cinemagraph files are typically small compared to video, and a cinemagraph will load and play on a mobile device without the need to press play. If you want to get some subtle movement on your site without the weight of a video file, a cinemagraph may be the way to go.

Over the past 5 or so years websites have been visually reduced. Gone are the days of flashing text, obnoxious colors and clunky looking sites. Today’s websites are minimal, refined and perfected. I think this style will be pushed even further. Users want to get the information they want/need and move on. I believe websites we be reduced even more utilizing large type and graphics to convey a message, then leading the user to a strong call to action. People are rushed and want snippets of information that are easily digestible. If you can convey a succinct message with a strong call to action users are much more likely to take that next step.

As always, the web is constantly changing. These ideas may come and go before anyone even realizes they were a “trend”. More than likely something no one had on their radar will pop up and spread throughout the web community. Every year is a great year to work in the world of web design. I can’t wait to see what this year brings.