The phrase “wear many hats” is defined as “to have many jobs or roles”. Raise your hand if you immediately thought THAT’S ME! Multitasking your usual job duties is one thing, but taking on added responsibilities is quite another. Earlier this year, I saw a statistic that polled over 1,000 employed Americans. It found that 41.3% of the survey participants pulled double duty by filling additional roles during their workday.

I know exactly what you’re thinking. What else does a graphic designer do besides play on the computer? Since most people have a hard time believing a graphic designer does more than just draw, I wanted to point out a couple of the many versatile hats we designers wear at work. Sherlock Holmes, thanks for the hat! Graphic designers put it on every day while we play detective. Searching out clues to what the client really wants is key to our job. It also comes in handy whenever we have to uncover more information than what is provided to us. This hat also doubles as a troubleshooting cap. If there’s a problem with a file, graphic designers need to be able to detect its origin and use their knowledge of software programs and equipment to become repairmen. 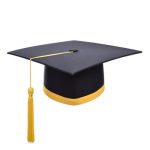 This is the hat we put on when we brainstorm our ideas. It’s also worn whenever we hit a rut – whether it’s a creative slump or it’s writer’s block. No, you’re not seeing things. I said writer’s block.

Believe it or not, graphic designers work on more than just design projects. We need to acquire and hone other skills in order to be successful in the workplace. For instance, designers I work with are expected to have a grasp of basic grammar and sentence structure. In fact, all of them are called to be writers and editors in some capacity. Whether it’s writing headlines for online ads, modifying newsletter content, or coming up with a blog, designers are expected to be able to take on added copywriting responsibilities whenever necessary. Sometimes a designer is expected to ride in and save the day. On such occasions, we grab our cowboy hats. In addition to the projects we are already involved in, it’s not uncommon for us to have to sidetrack a bit in order to handle little emergencies. Grab your Photoshop lasso and remove the staff member from the photo and then add in the new employee. Or round up the team and brainstorm new ideas once the committee shoots down your first concept. This is definitely my favorite hat! When do graphic designers put on the party hat? Only when we deliver the end result that our customers expect from us. The party hat is normally associated with fun, but graphic designers are never guaranteed that the roles we assume or the tasks we commit ourselves to will be a piece of cake. It takes a lot of hard work to wear this hat. But at the end of the workday, designers hope that they got to wear the party hat at least once, even for just a little bit. We’ll start the celebration of a job well done when we get home – maybe even enjoy a nightcap. Did I say that? I meant to say put on our nightcaps.