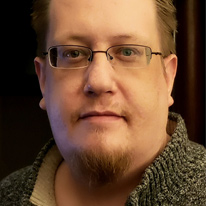 I enjoyed reading the Q & A with Ryan Simonsen on being a graphic designer. There is a great amount of overlap between being a designer or a developer, as well as some very different perspectives. I’ll go through Ryan’s questions and answer them as a developer.

Why did you become a developer?

A: Like Ryan, I too got into developing because I enjoy the creation process and most importantly problem solving. Every day is a different project, a different problem to figure out, and I find that variety of work to be satisfying. I was lucky enough to see the early internet and really wanted to be part of that growth.

What software do you use?

A: This is where being a designer versus a developer really differs. I do have the option to use some of the same Adobe software, but most of that software is made with a designer in mind. So instead of Dreamweaver, I use Visual Code or Microsoft Visual Studio, depending on which type of project I’m working on. A lot of my work involves using Windows Powershell, a command-line interface. But unlike what you would see in some movie showing tons of random code raining down on the screen, like The Matrix, using an actual command-line interface is actually very boring. However, it does provide powerful tools in streamlining the developing process.

Interestingly, one of my most important tools is a browser. I use it to test the end-product, and find out how to create that end-product. The availability of the online communities centered around various frameworks is extremely helpful. If there’s a problem I’m running into, most likely someone else ran into the same issues and there is already a stackoverflow thread about it with several valid answers (and several unhelpful but funny answers).

What is your favorite part of your job?

A: Every day is a new day. I start my day to find the next task in my list, it’s either something extremely difficult and could take a few hours to figure out, or it could be as simple as changing one line of bad code. The more difficult problems may require an in-depth debugging session with following the process flow of a program line by line, just to find that tiny bit of code that caused the issue. It seems like every new task is a completely different, and fun, problem to solve.

What is your biggest pet peeve as a developer?

A: While there is a lot of overlap between being a web designer or a web developer, there is a definite difference. While I can do some design work, I am no competition to the fantastic work our own graphic designers do. They have years of experience and education, while my background does not specialize in design aspects, but more-so focuses on the coding aspects. LKCS does a fantastic job in separating those roles, however, I’ve had previous employers that really expected me to wear far too many hats.

What is it you hope to see in the future of your profession?

A: Simply a greater push towards open-sourced software. Software that is free and all the code is available for anyone to update, scrutinize, or just find errors/vulnerabilities. A community effort all working towards the same goal of a better product, without a financial interest at all. It’s truly a community effort in much of developing, if for example I want to include a particular feature in the end-product, it’s likely you’ll find a similar if not the exact piece of code to plug into your end-product. If I find a neat way to implement a new feature, I can share it with others as well.